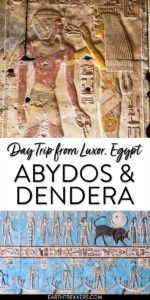 Located on the Nile River, just north of Luxor, sit two of the best-preserved temple complexes in Egypt. The sacred city of Abydos is home to the temple of Seti I. The Hathor Temple in Dendera is one of the most colorful temples in Egypt, with an intricately detailed ceiling and one of the most awe-inspiring hypostyle halls that we saw in Egypt.

From Luxor, you can visit Dendera and Abydos on a day trip. It’s a long day, coming in at around 10 hours, and much of this time is spent in a car. But if you want to see two spectacular temples, this is well worth your time. And since it is not on the main tourist trail, crowds can be low, even during peak season.

Day Trip to Dendera and Abydos

Overview of the Day Trip 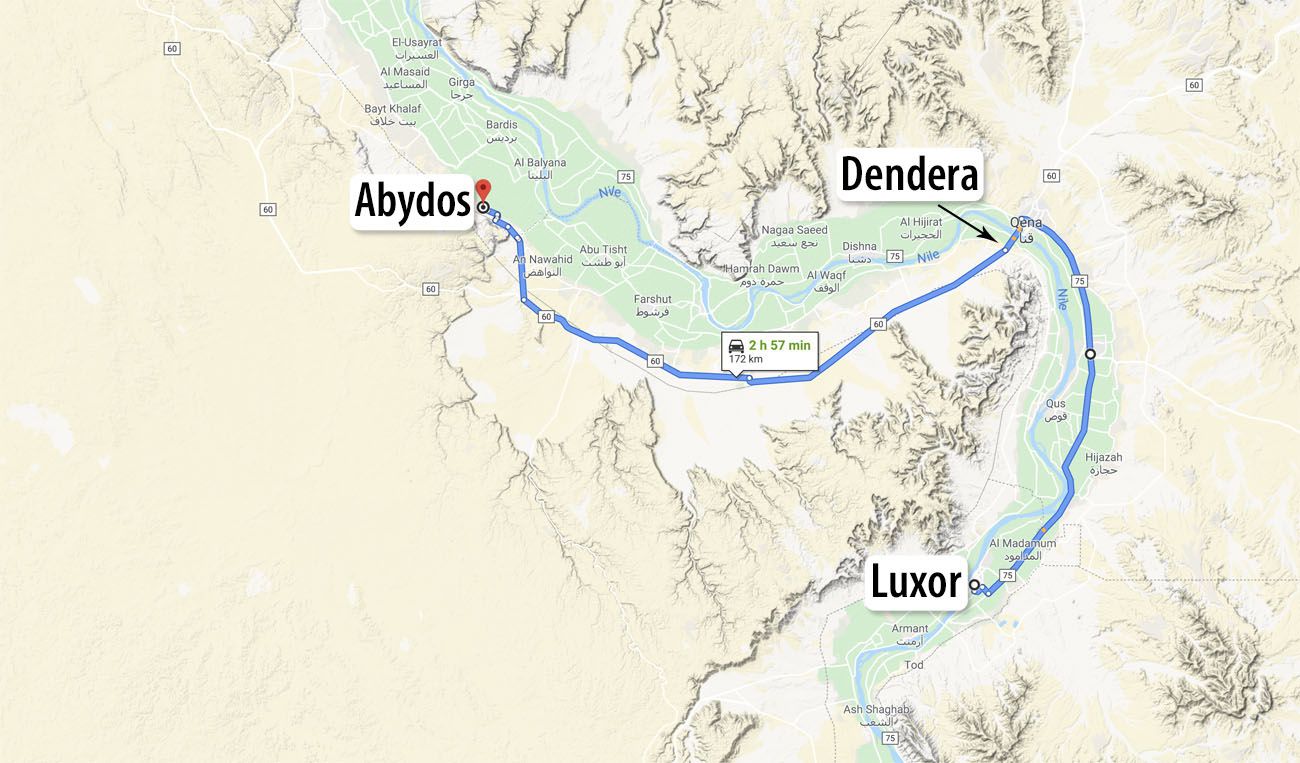 You will spend approximately two hours at each temple complex. Most day trips start in Abydos, the further of the two cities, and stop in Dendera on the way back to Luxor.

We recommend doing this with a guide and driver. These rural roads are chaotic, and it is not unusual to see tractor trailers, cars, trucks, donkeys pulling carts, people driving motorbikes without helmets, tuk-tuk’s, and trucks all sharing a narrow, two-lane road. Plus, you will go through numerous police checkpoints, so it is best to leave this drive in the hands with someone with experience. 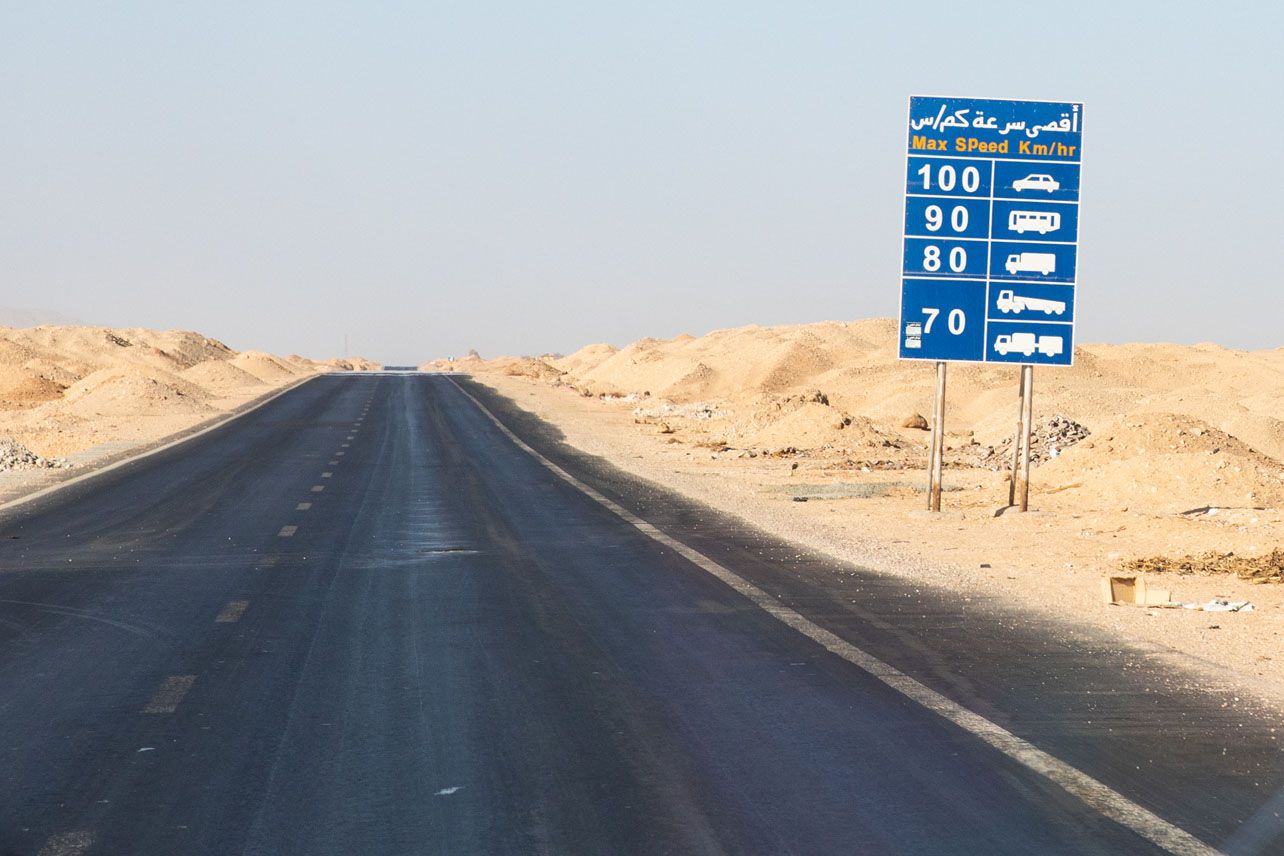 We hired Egypt Tailor Made for this day trip (as well as many other day trips in Egypt). On our trip to Egypt, we were a group of six people, since our mothers traveled with us. We had a private van, a driver, and an Egyptologist, Ali.

Abydos and the Temple of Seti I

Getting to Abydos: To get to Abydos from Luxor, it is a 170 km drive that takes 3 hours. There are several different ways to drive to Abydos. We drove up the east bank of the Nile River to Qena and then took a much faster highway to Abydos.

Abydos is considered to be one of the most important archaeological sites in Egypt. It is one of the oldest cities of ancient Egypt and was a royal necropolis, a place where the early pharaohs were buried. Abydos became a site of pilgrimage for ancient Egyptians.

The Temple of Seti I, also known as the Great Temple of Abydos, is the main temple that you will visit in Abydos.

It was built during the 19th dynasty of Egypt, which lasted from 1292 to 1189 BC. The temple was built by Seti I and then finished by his son, Ramesses II.

What makes this temple unique is the “Abydos King List,” a long list of the pharaohs that are carved onto the walls of the temple. Also called the Hall of Cartouches, 72 names of the kings of Egypt, from Menes to Seti I (with a few exceptions), are chronologically carved onto the walls.

On a visit to the temple complex, you can also see:

Seti I temple in photos 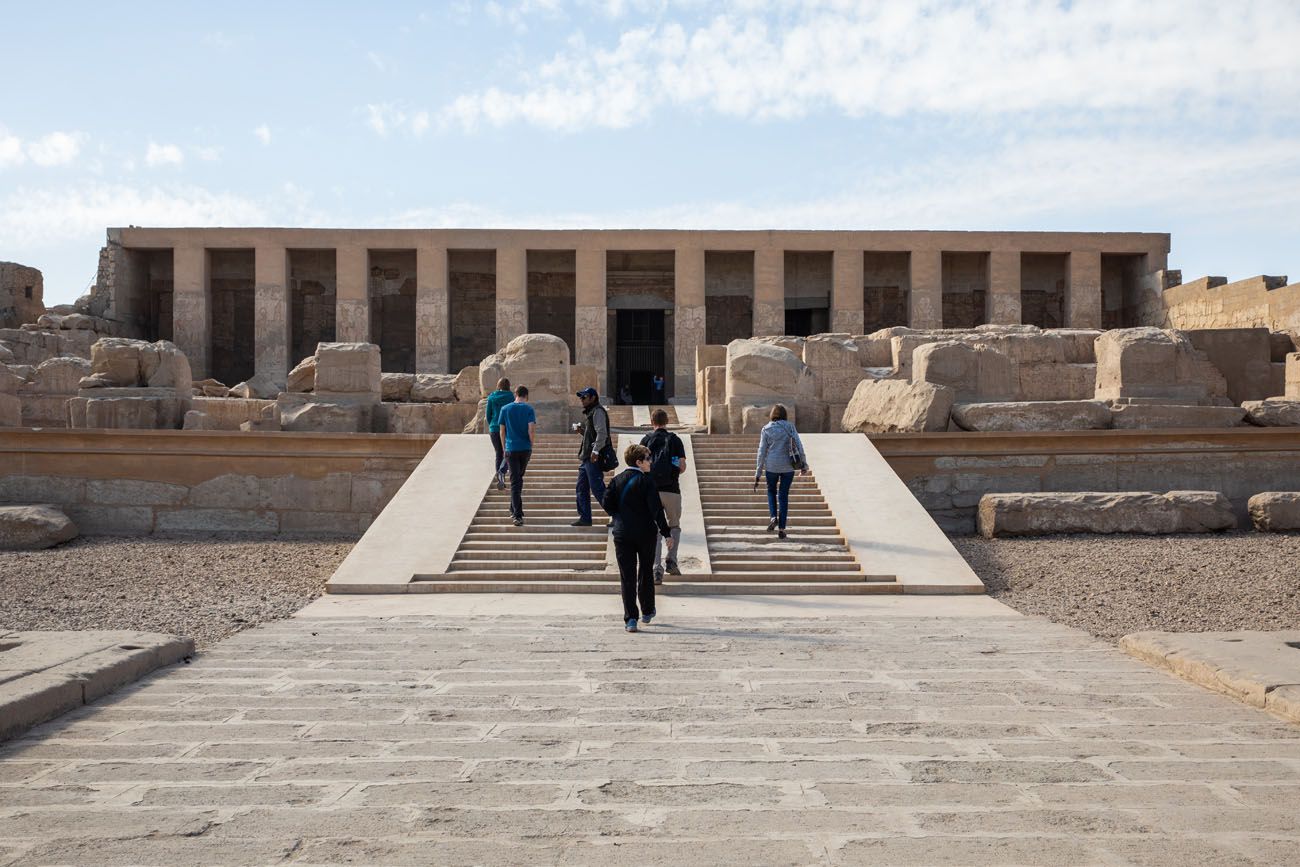 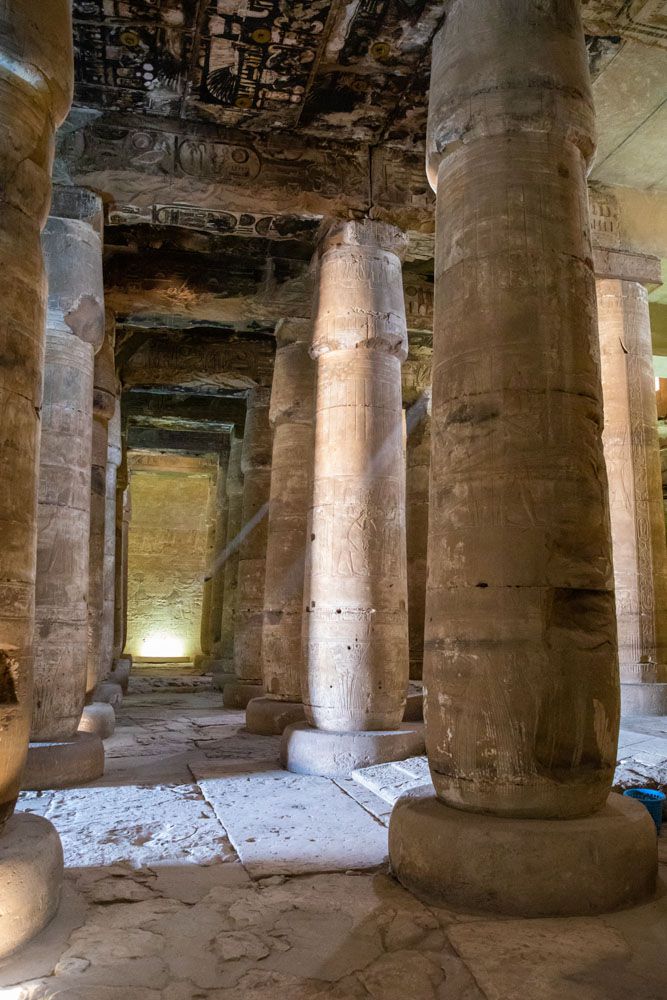 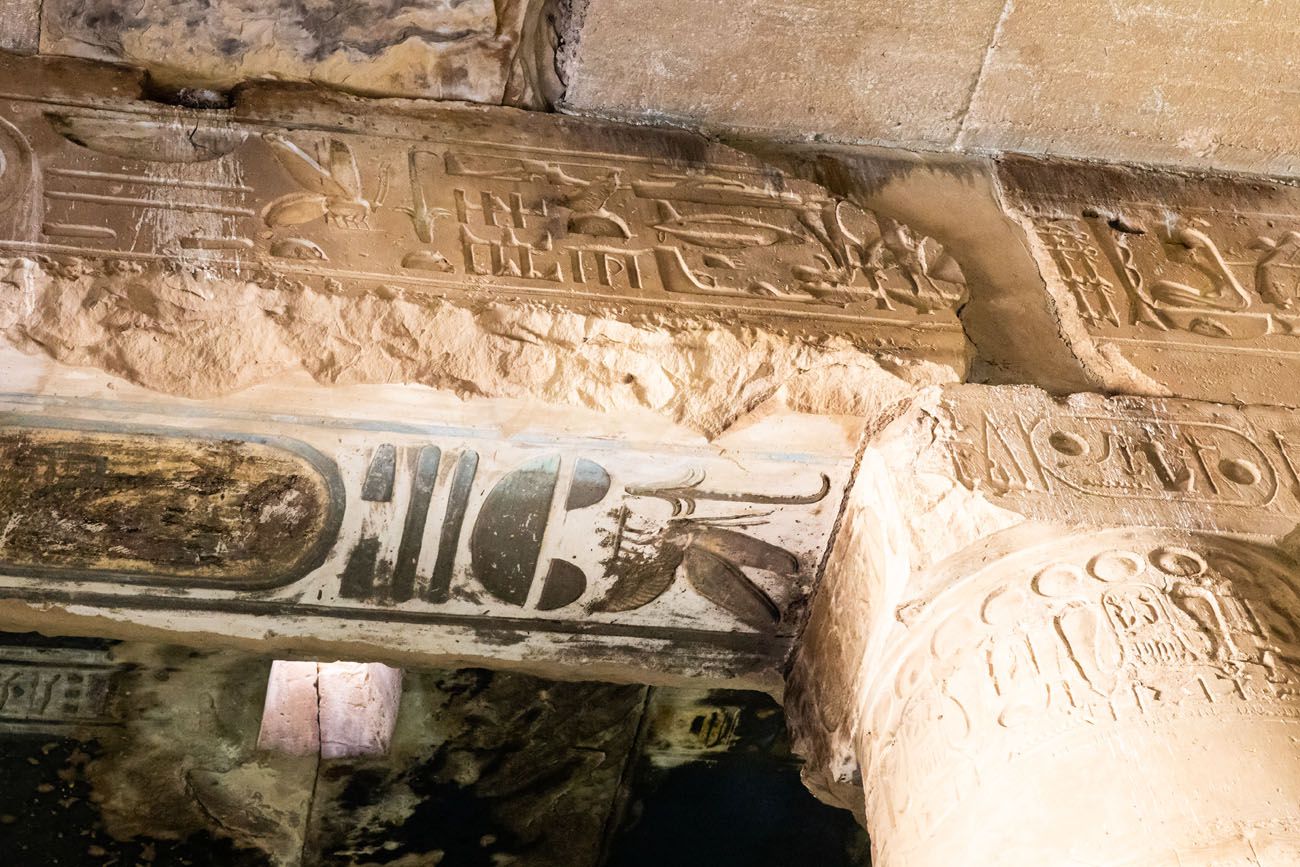 Can you find the spaceship? 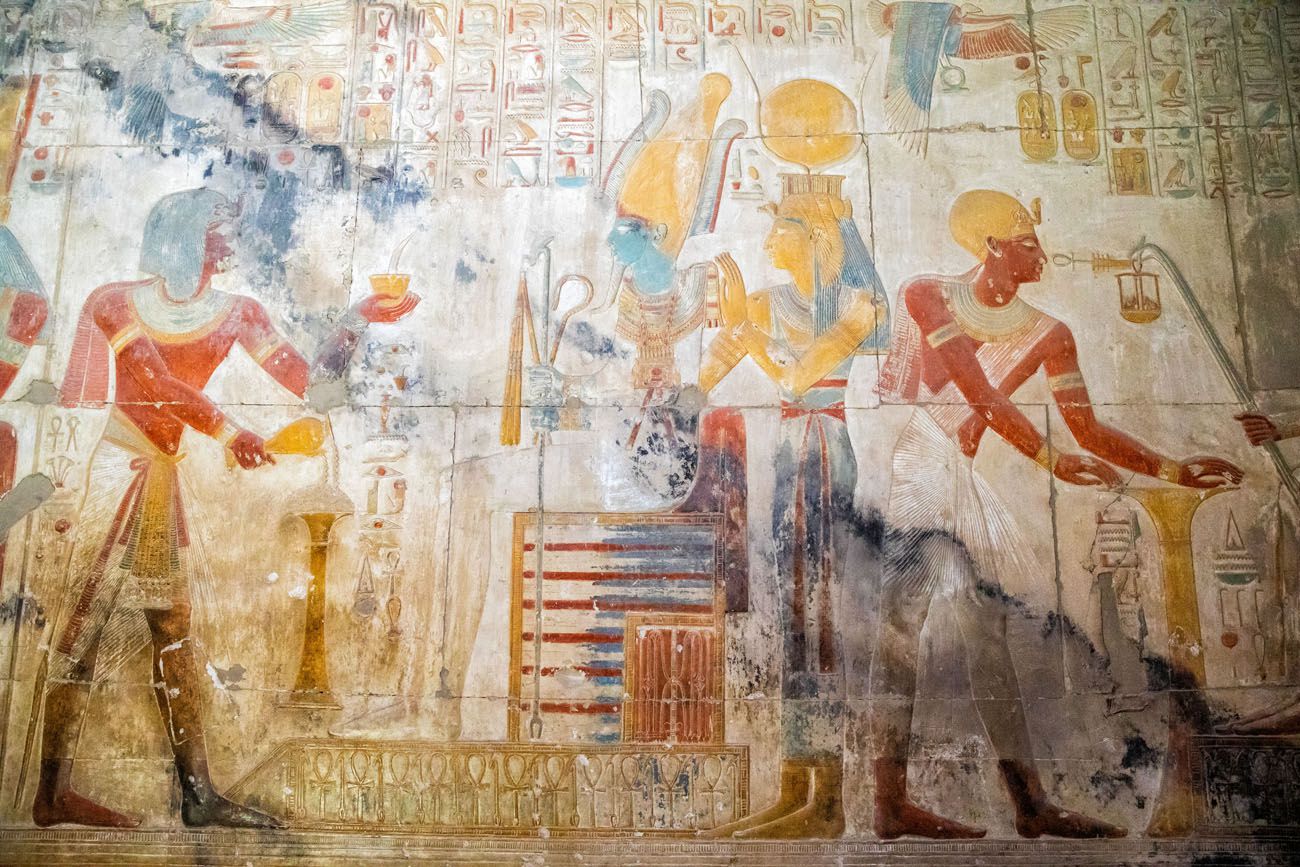 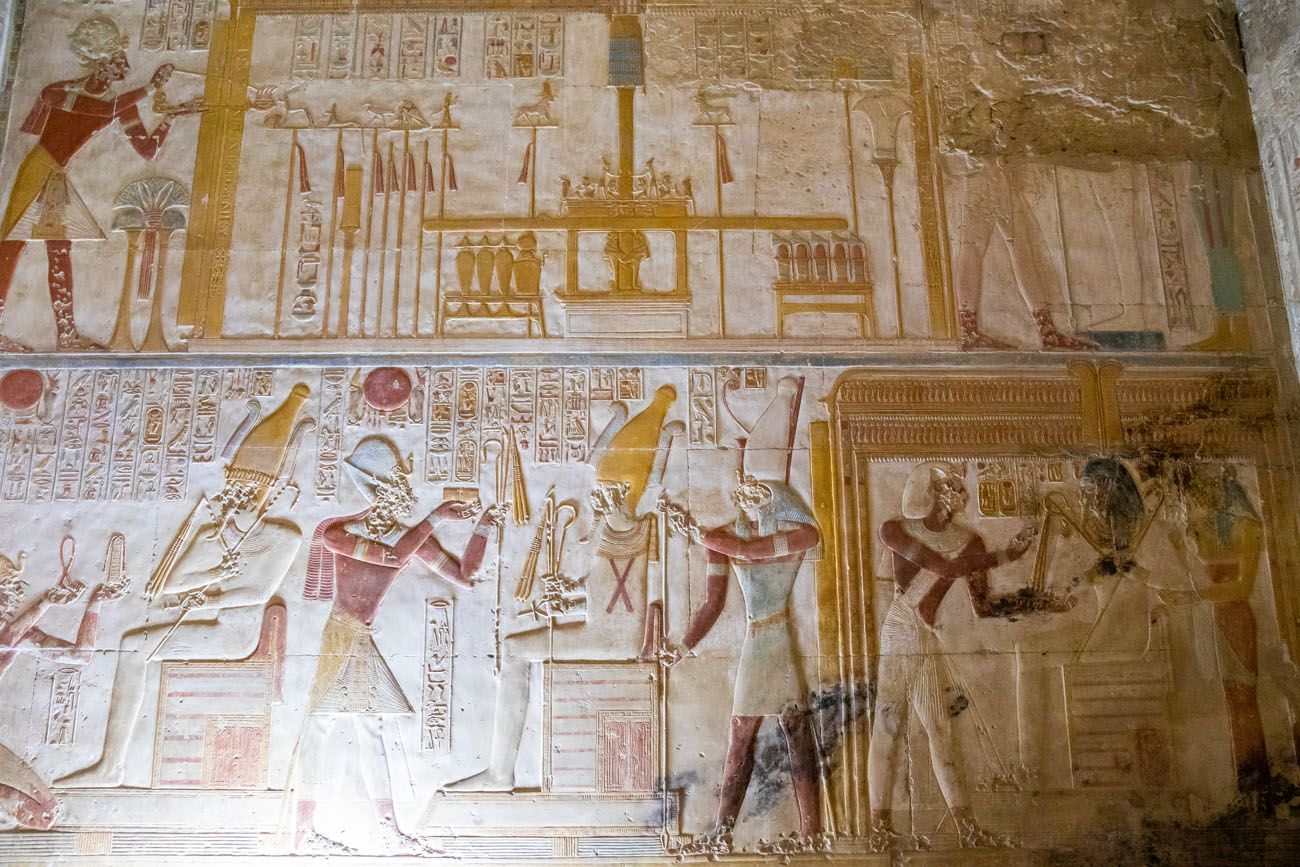 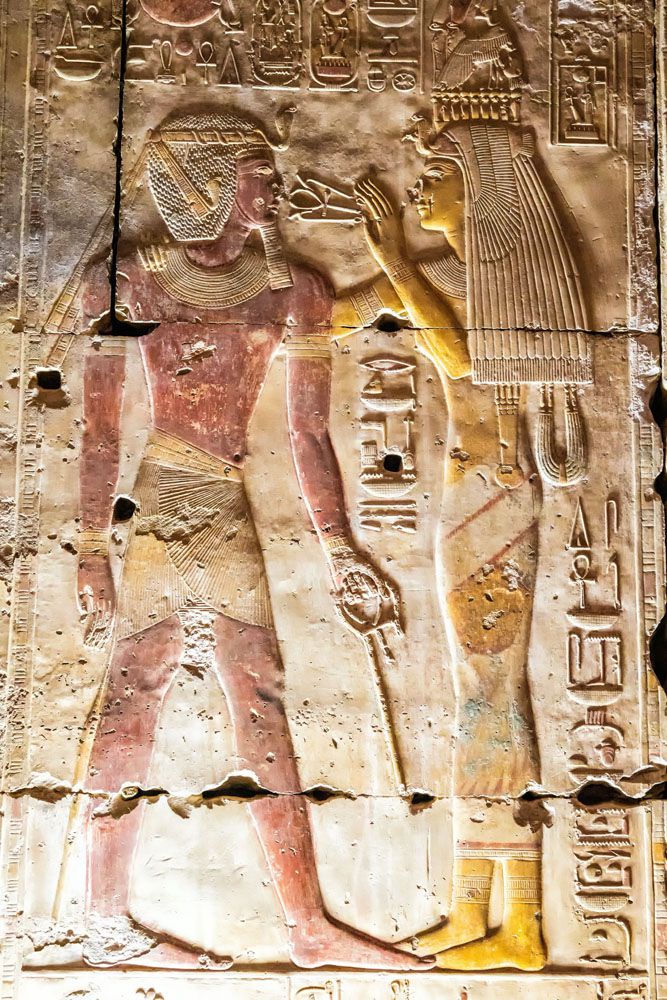 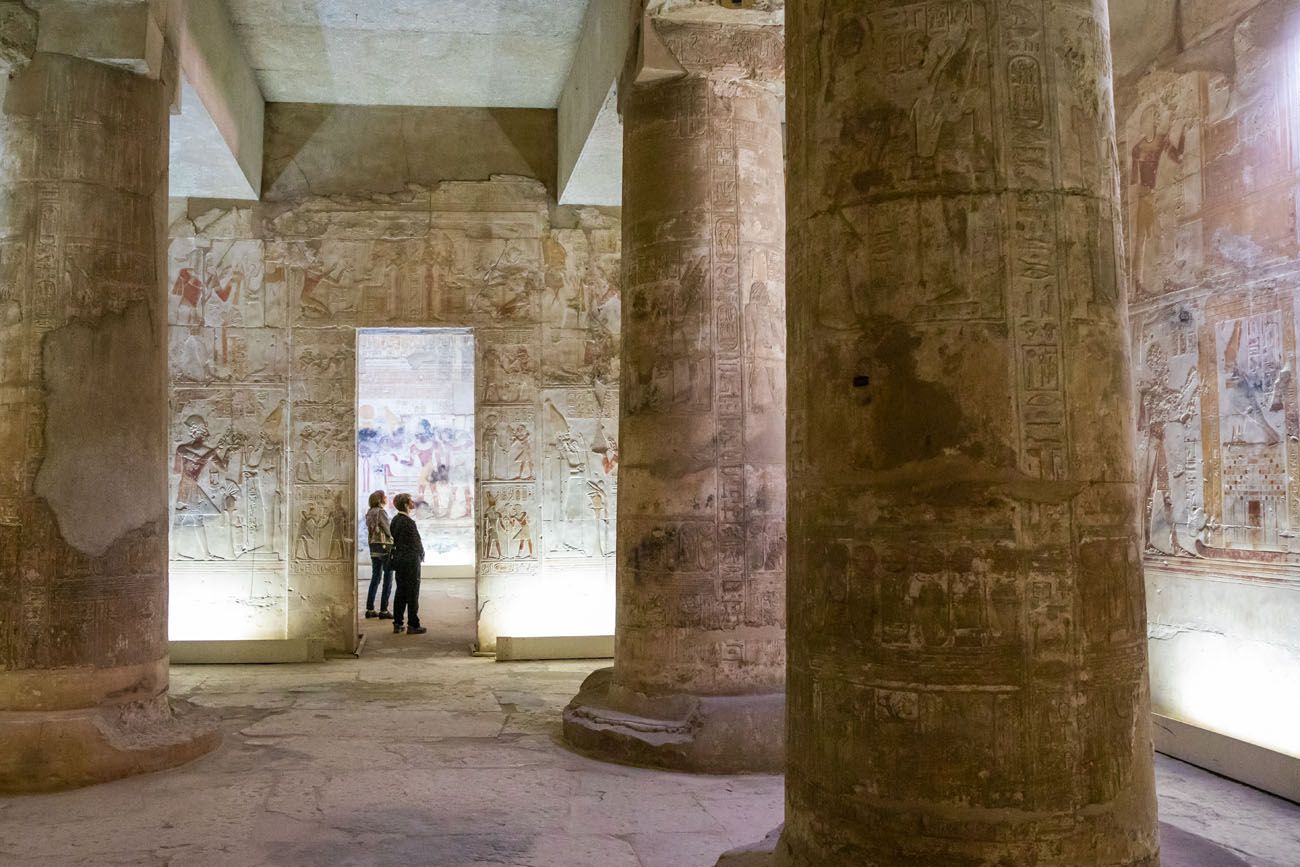 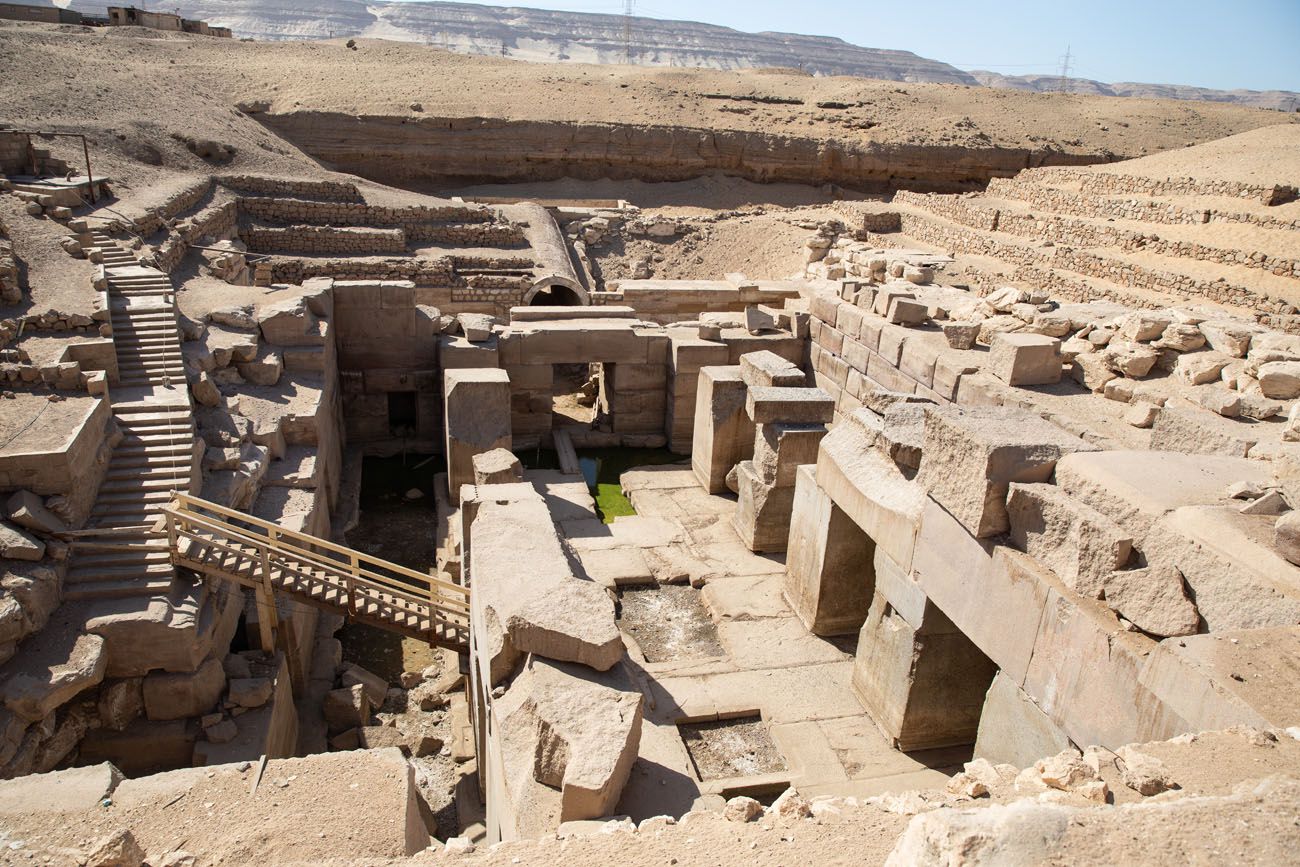 Dendera and the Hathor Temple

Driving to Dendera: To get to Dendera from Abydos, it is a 105 km drive that takes an hour and a half.

The main temple at the Dendera Temple Complex is the Hathor Temple. This temple is much newer than the Seti I temple in Abydos, dating back to the Ptolemaic and Roman periods (323 BC to 37 AD).

The Hathor Temple is one of the most beautiful and colorful temples in Egypt. The most striking part of this temple is the amazing hypostyle hall. Twenty-four massive columns, each with the head of Hathor, support a brilliantly blue ceiling that contains astronomical scenes. 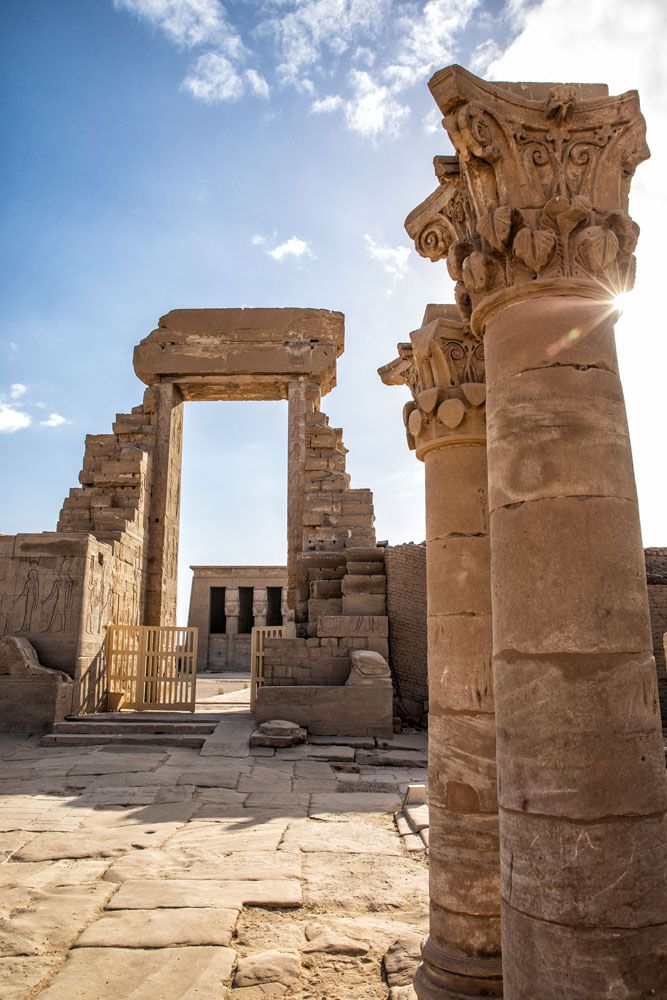 Entrance into the Dendera Temple Complex 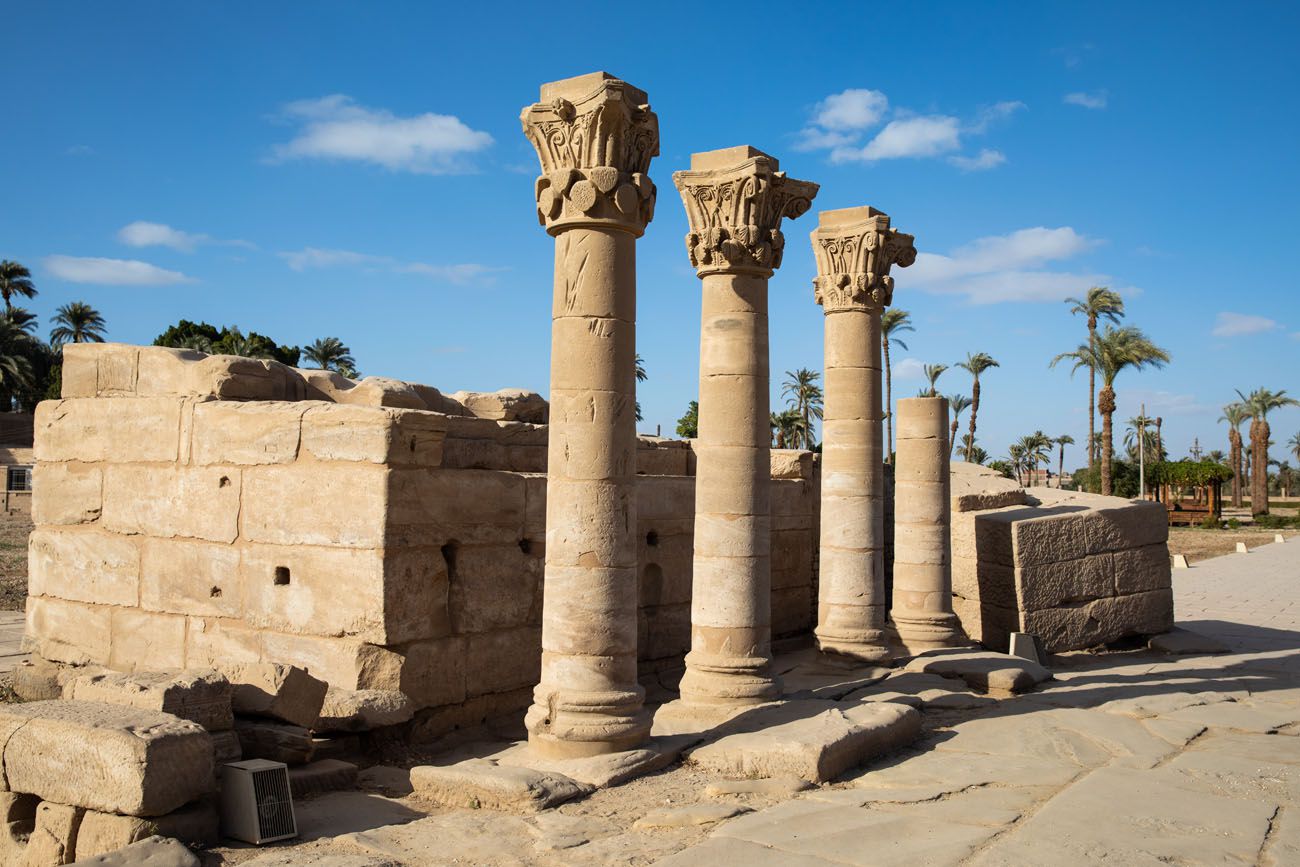 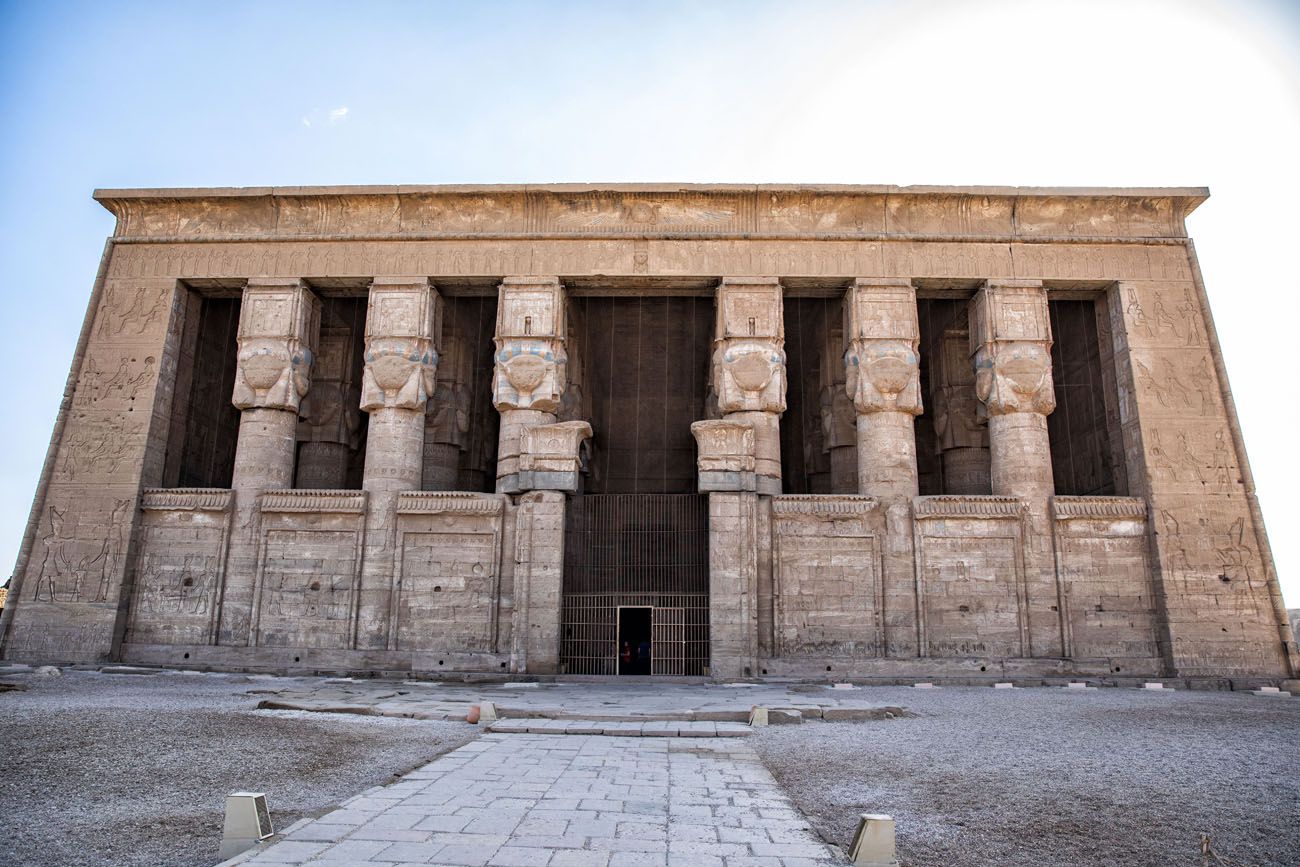 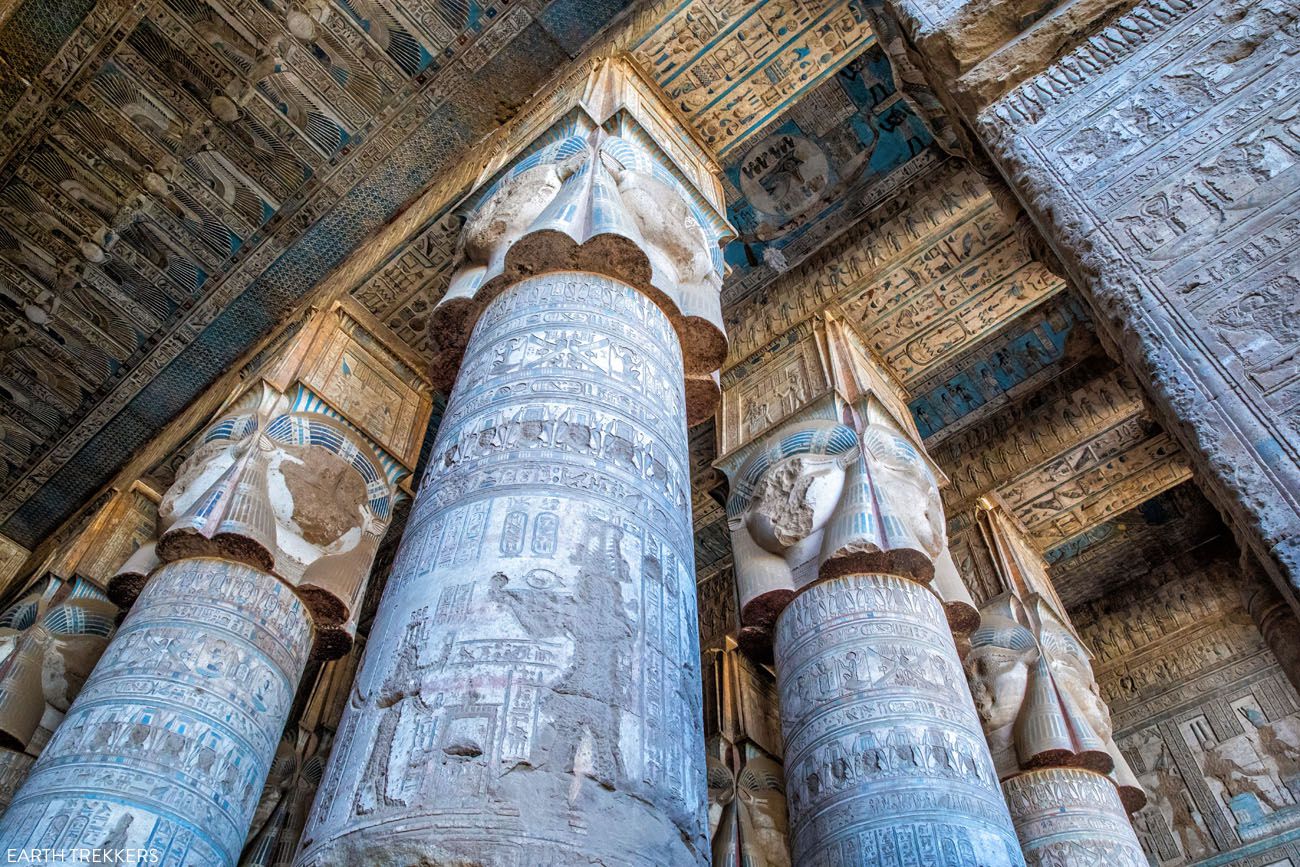 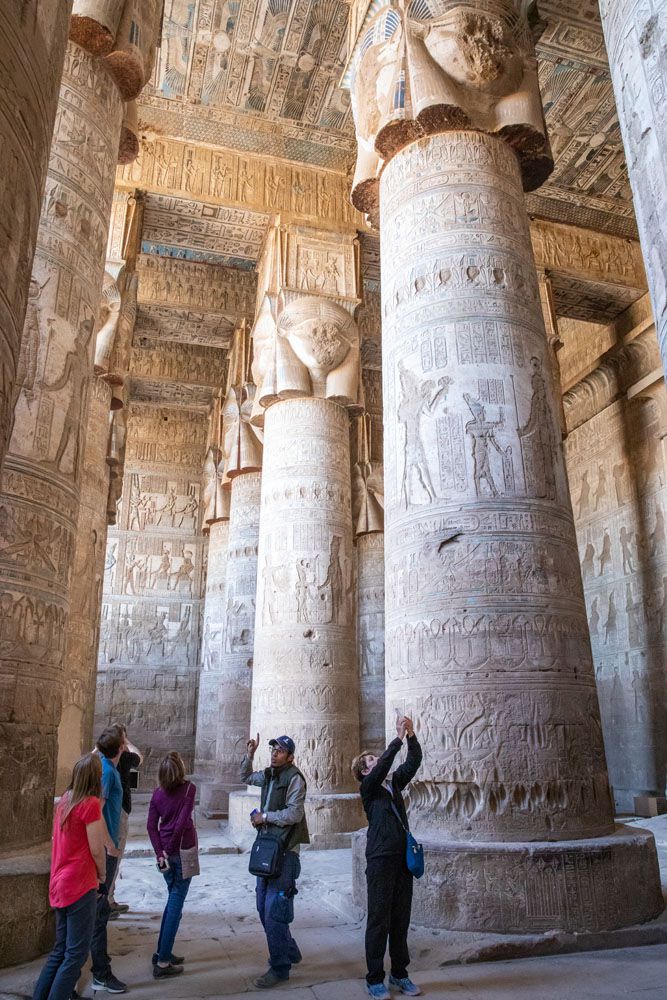 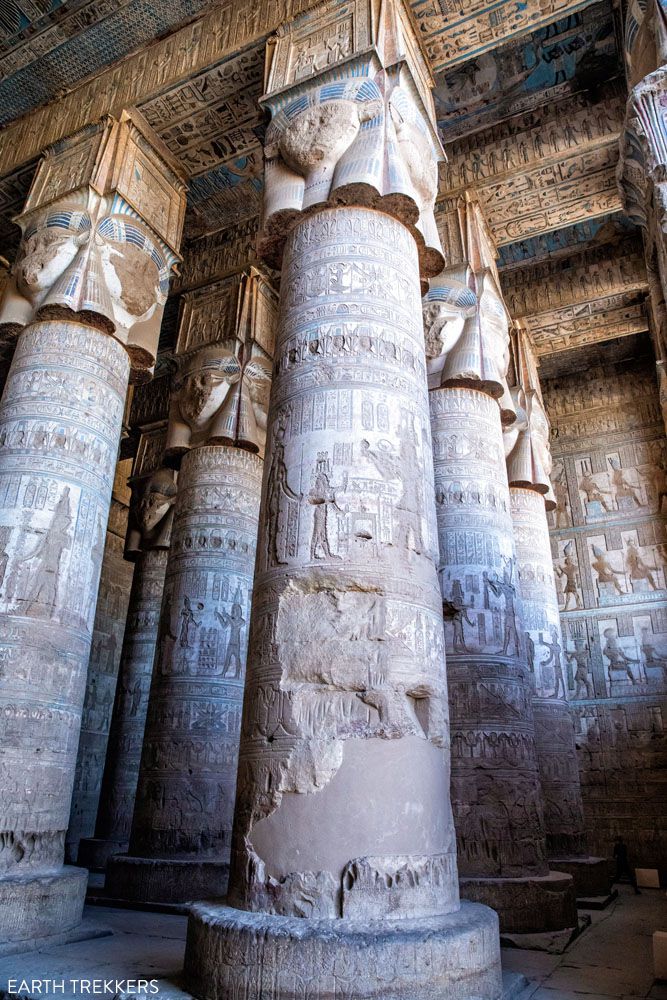 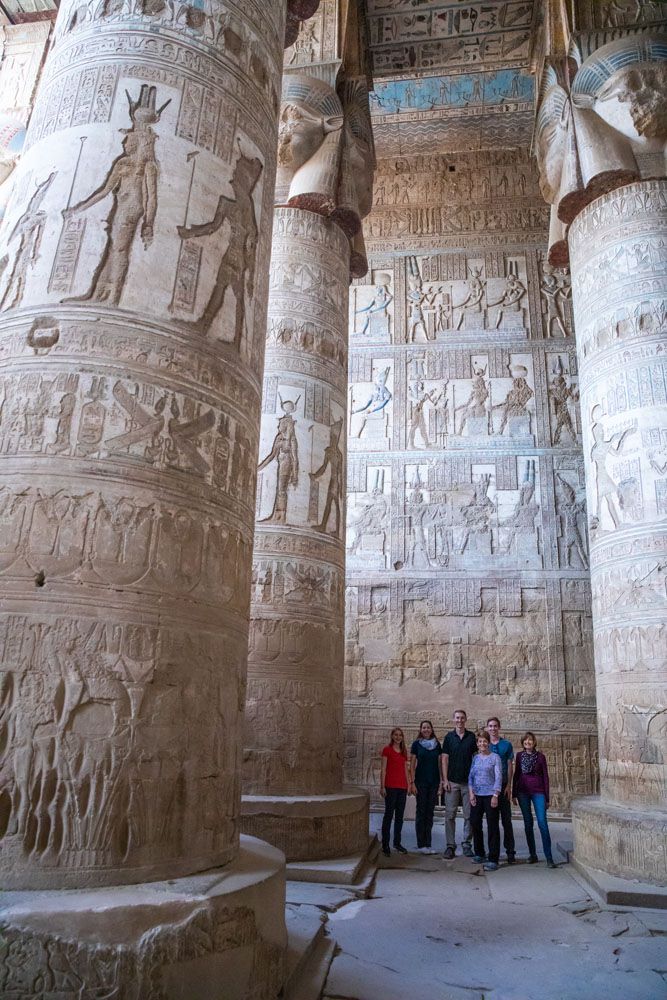 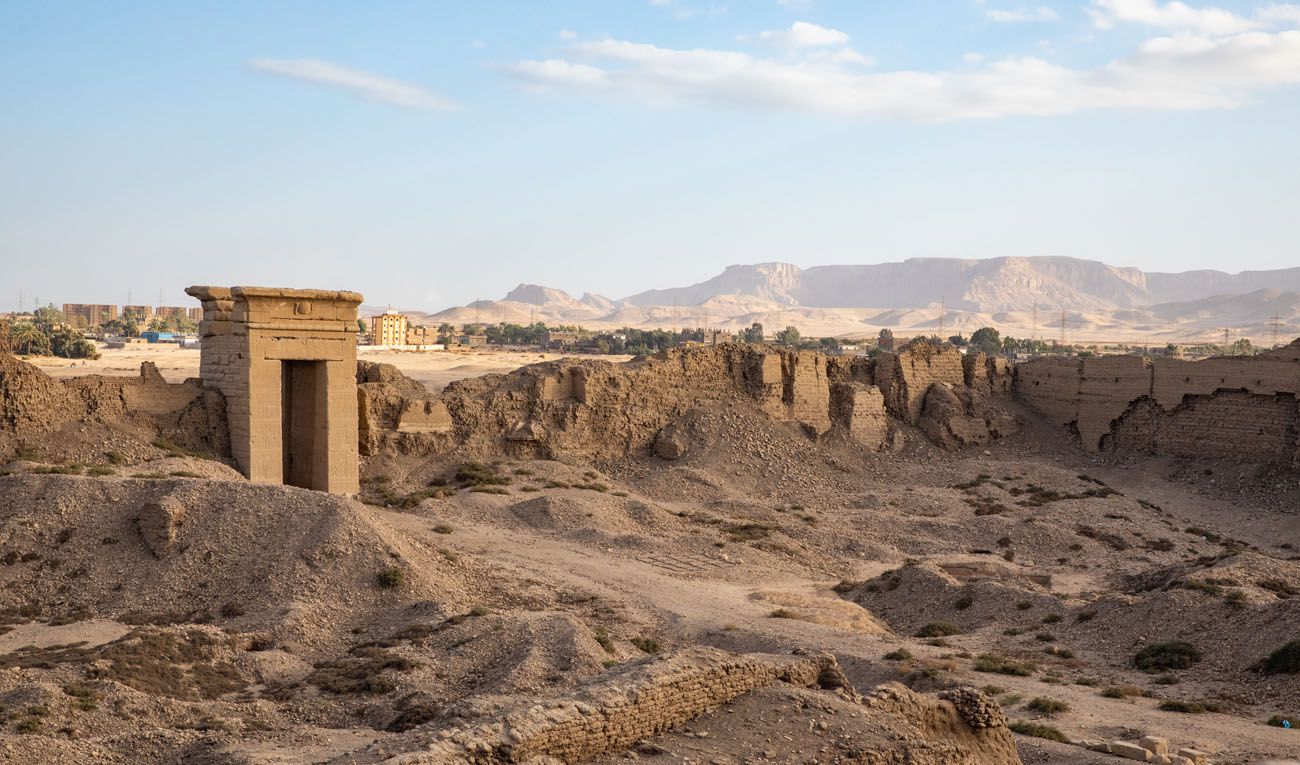 View from the roof of the temple 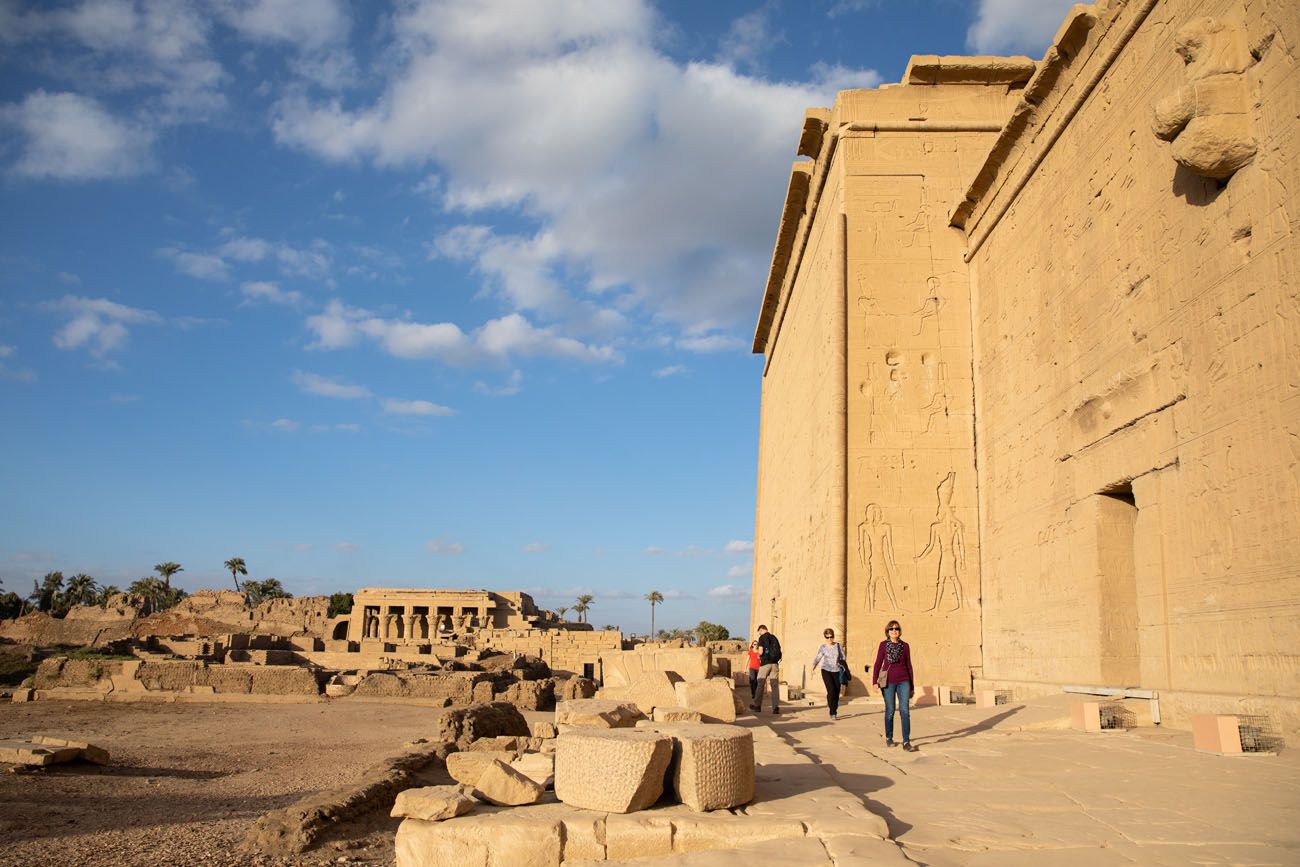 Walking around the outside of the temple 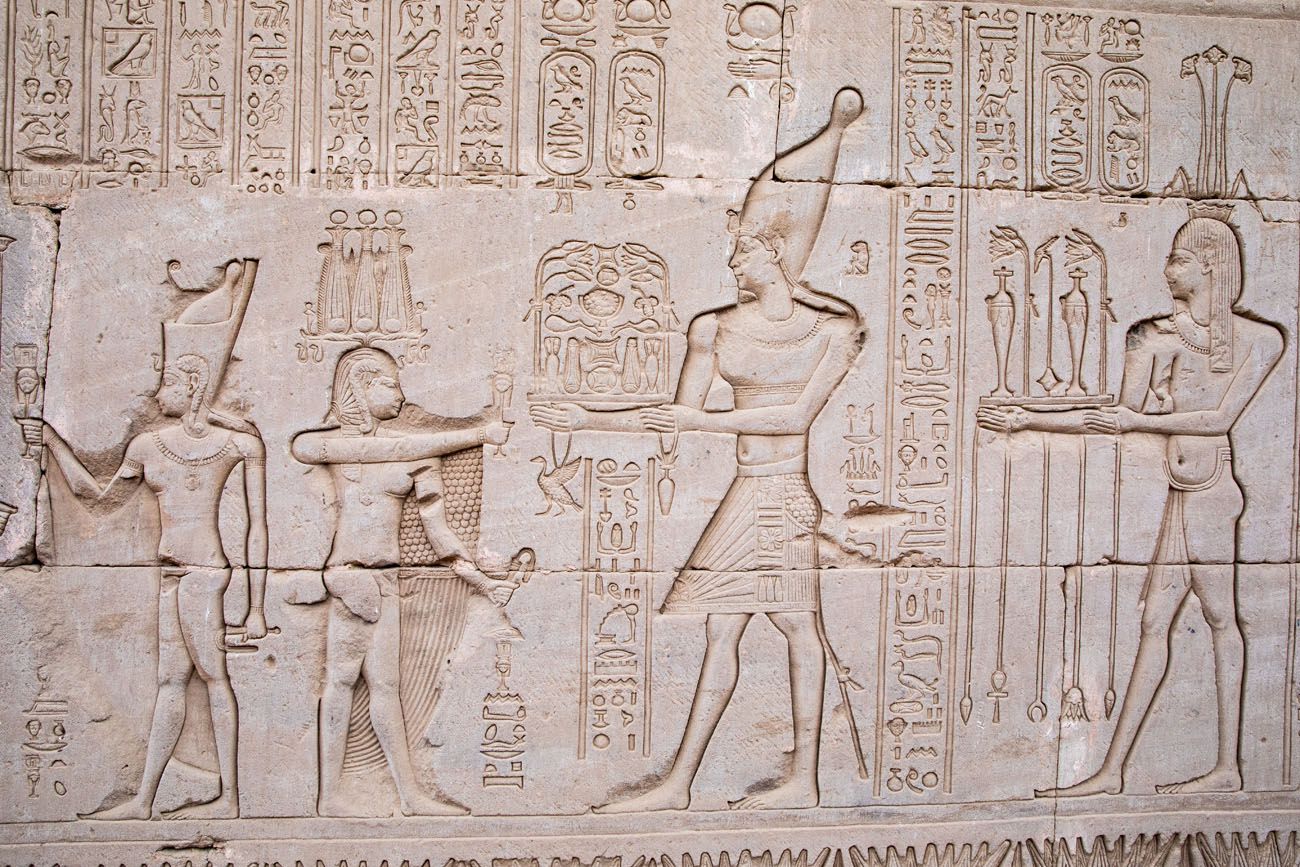 Low-relief on the outside of Hathor Temple

The Dendera Zodiac is a bas-relief that is carved onto the ceiling of a chapel in the Temple of Hathor. It depicts the constellations and includes the signs of the Zodiac. The original Dendera Zodiac was removed from the temple in 1821, and it now resides at the Louvre in Paris. A copy of the Dendera Zodiac can be seen on the chapel ceiling.

The Dendera Light comprises five stone reliefs that is a mythological depiction of a djed pillar and a lotus flower spawning a snake inside. The djed pillar is a symbol of stability and can also be interpreted as the backbone of the god Osiris. The snake coming out of the lotus flower symbolizes fertility. 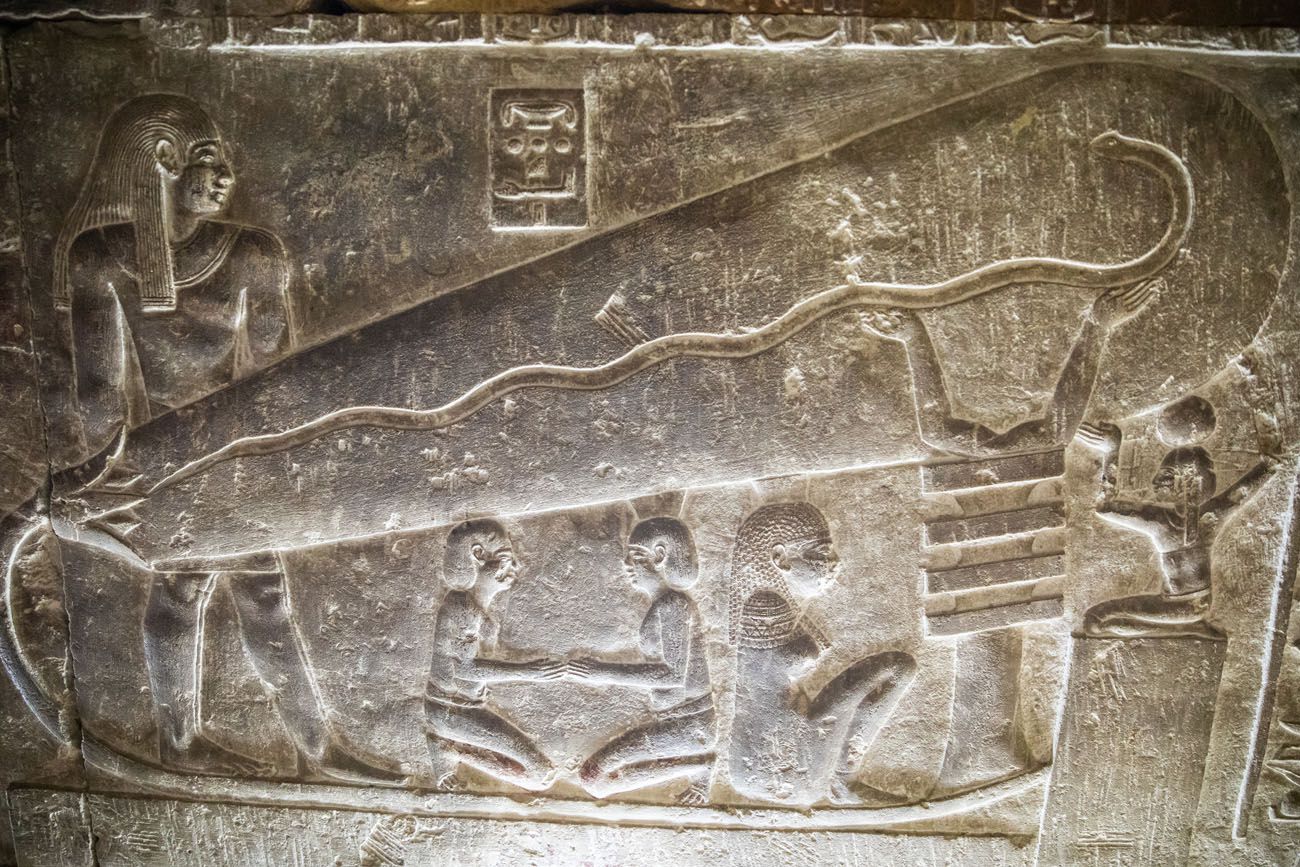 To get back to Luxor, it is a 77 km drive that takes an hour and forty minutes.

Planning your Day Trip to Abydos and Dendera

There are several companies that offer day trips to Abydos and Dendera from Luxor. We used Egypt Tailor Made and highly recommend them.

Is a Day Trip to Abydos and Dendera Worth It?

This is a long day. You will spend a lot of time in the car and it’s not the most scenic of drives. You will drive over hundreds of speed bumps, go through numerous police checkpoints, and there’s a chance that you will have a police escort. We drove through Abydos as part of a convoy with other tourist vans and police cars.

However, you get to see two of the best-preserved temple complexes in Egypt. And the Temple of Hathor in Dendera is beautiful and very unique. The hypostyle hall was one of my favorite things I saw in Egypt.

A day trip to Abydos and Dendera is worth it if you like the idea of visiting two more temples, and don’t mind a long driving day. 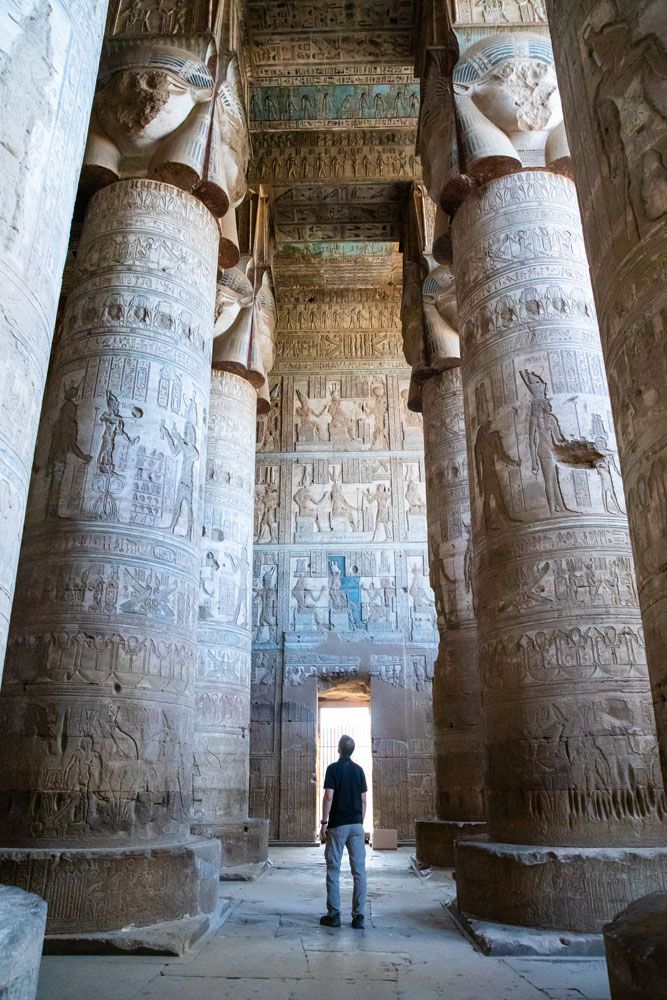 In my opinion, there are several sites that are more important to add to your Egypt itinerary, and if you still have time, then you can add the day trip to Abydos and Dendera. Make sure you visit Abu Simbel…this is another long day but it is amazing. Plan to have one full day on the West Bank of Luxor and one full day on the East Bank of Luxor. Even a second day on the West Bank is recommended (there is SO MUCH to do here). And of course, some time in Aswan, Cairo, and Giza is a must-do.

We have a 10-day Egypt itinerary. We list Abydos and Dendera as something to add to the itinerary if you have more time. If you haven’t seen it, take a look at our Egypt itinerary to get ideas on how to spend your time here.

If you have plans to day trip to Dendera and Abydos and have any questions, let us know in the comment section below.

More Information for Your Trip to Egypt: 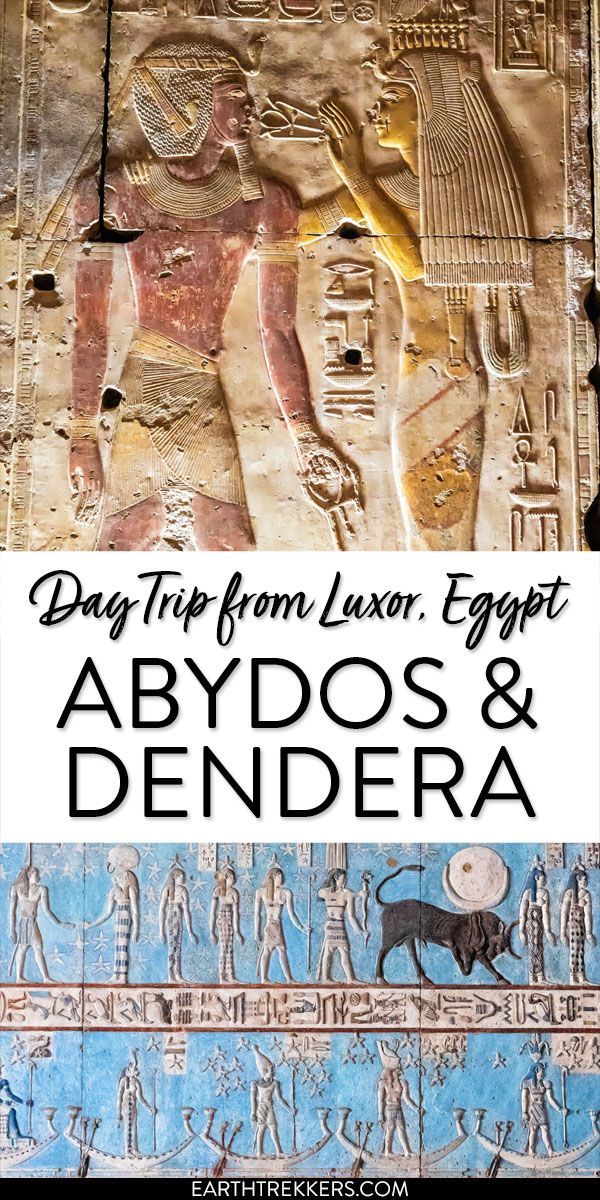 Driving Between Aswan and Luxor: How to Visit Kom Ombo, Edfu...

Getting a Traditional Thai Sak Yant Tattoo in Bangkok

Deal that’ll get you a free hotel stay