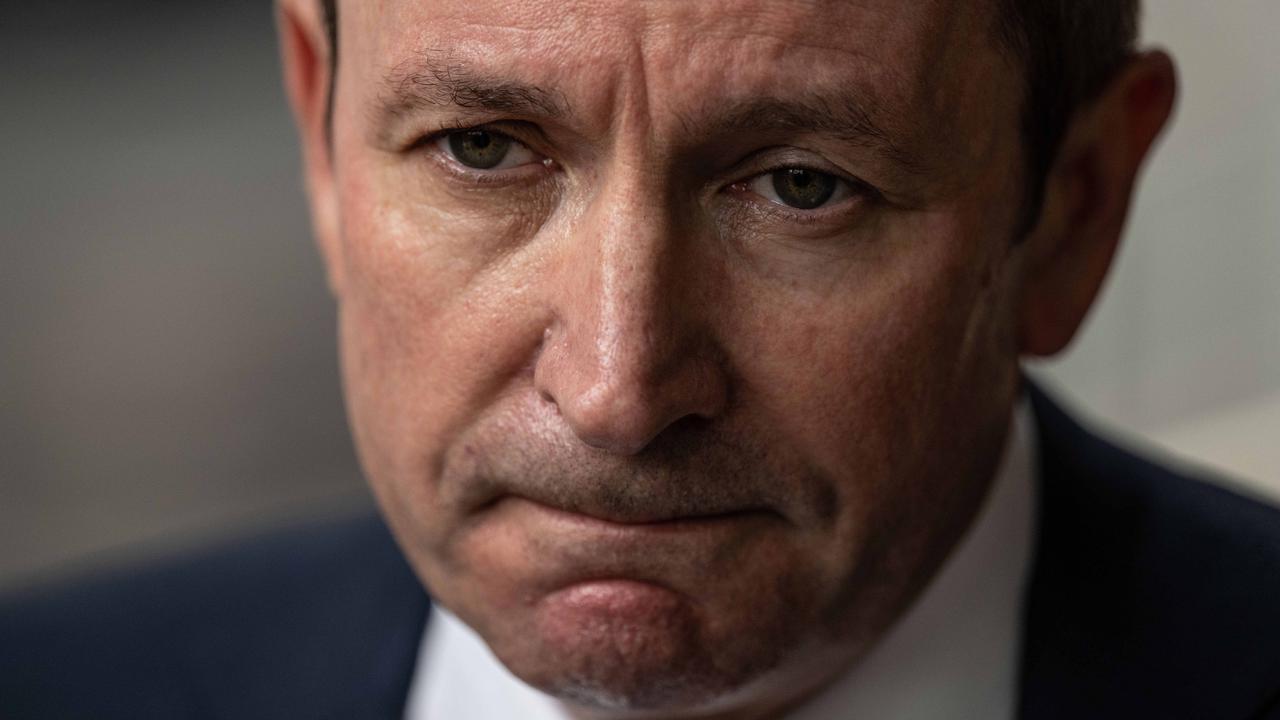 WA Premier Mark McGowan has denied repeatedly lying about the necessity of the Covid-19 hard border during heated cross-examination at his defamation trial.

Mark McGowan has testified that billionaire Clive Palmer has some people “under his spell”, arousing anger and madness that has contributed to death threats against the West Australian Premier and his family.

Mr McGowan and the mining magnate are suing each other for defamation in the Federal Court in NSW, with the Premier forced to travel to Sydney to testify in-person on Monday.

The court has heard evidence about Mr Palmer’s legal fight over the WA hard border, the Queenslander’s stalled iron ore project, arbitration between the parties and the extraordinary legislation that was passed to block Mr Palmer’s ability to claim almost $30bn in damages.

Mr McGowan testified that the United Australia Party leader had “promoted or contributed” to some people’s criminal behaviour aimed at him during the pandemic.

“(He) arouses this anger and this madness in our community that contributes – I don’t say it’s all him – but he contributes to these sorts of behaviours that I’ve never in my lifetime seen before,” Mr McGowan said.

“I now have, outside my home, a police car parked 24 hours a day, I have police that accompany me virtually anywhere I go.

“My entire family is under threat because of all this madness that people like Mr Palmer stir up that results in me having to close my electoral office because my staff are under threat.

“This sort of crazed language and behaviour promotes and gives some people licence in order to let loose the darker angels of their nature to hold someone, namely me and therefore my family, responsible for whatever conspiracy they then get into their heads.

“This sort of stuff that he does is false, it’s offensive and it causes and contributes to great pain to me and my family.”

Mr Palmer previously testified that he believed a law passed in WA gave Mr McGowan power to murder him with impunity.

The Premier said he was “extremely angry” when Mr Palmer suggested he was corrupt and trying to provide an exemption for himself from the criminal law to commit crimes.

“That cuts to the core of what you’re about when you’re in public life … you have a duty to all of the people of the state,” Mr McGowan said.

“To suggest that somehow I would pass laws, which corruptly allow me an exemption from the criminal law to commit whatever crimes … is a deep wrong against my character.”

Mr McGowan said he was trying to protect the state from some of Mr Palmer’s actions, which he said would have caused “massive, massive pain” for WA if he had been successful.

“For him to suggest that I was corrupt and capable of passing laws, which is demonstrably false, which give me an exemption from the criminal law to basically murder and kill, rob and steal and so forth, is a deeply offensive, rude and hurtful statement, which again, some people are capable of believing,” he said.

“What people like Mr Palmer does is he creates a band of angry people in our community who believe this sort of stuff and get themselves so wound up that they do crazy things in relation to me and my family.

“Things like … drive armoured cars to my office with fake machine guns on the top, things like sending packages to my wife with white powder in it with threats to behead my children.

“Things like leave multiple messages on my phone, threatening to kill me, my family, to sniper attack us, to hunt us down when I’m out of office.”

Mr McGowan said he felt angry, offended, upset and exasperated at having to continually deal with untrue statements made by Mr Palmer.

He said he had been through a lot as a politician but had never experienced anything like the stress and pressure of dealing with Covid-19, which he had not been trained for.

“It was a very difficult and demanding period of my life … you go through a lot of sleepless nights, a lot of pressure, a lot of angst, a lot of tossing and turning about whether or not you’re doing the right thing,” he said.

“Those times were some of the most dramatic in my life and to have someone of means, with standing and money, out there saying and advertising these sorts of things with a sense of abandon as to the consequence of what he said and did was very offensive and hurtful.”

Asked about Mr Palmer’s comment that he lied to the people of WA, Mr McGowan said he felt angry, hurt and exasperated.

He said it was deeply offensive because it was demonstrably untrue.

It also contributed to his stress at the height of the pandemic, he added.

The Premier said Mr Palmer had a reputation of being a very litigious man, describing it as a hobby and noting there had been 10 legal actions brought against him and his government.

He also testified about advertisements where Mr Palmer allegedly linked him to dictators in China, North Korea and Nazi Germany.

“It is an ongoing campaign to denigrate my character and to undermine what I do,” Mr McGowan said.

“To suggest … (I’m) comparable to some of the worst dictators in history — murderous mass murderers — and a set of advertisements … that suggests that I’m corrupt, akin to a dictator, someone who can undermine the criminal law and commit whatever sort of crime I want to do whenever I feel like it, literally kill people … are just simply outrageous, outrageous slurs on my character.

“How does it make me feel? It makes me feel angry and quite exasperated, and frustrated, hurt (and) unhappy because it was an ongoing campaign that continues, by the way, that does not let up.

“Mr Palmer has billions of dollars … to undermine people who make decisions in the public interest against his interests in order to try and achieve other commercial outcomes for himself. It’s a shocking thing that he does.”

Under cross-examination, Mr McGowan was grilled about taxpayers footing the bill for the legal fight with Mr Palmer.

It was also put to Mr McGowan that he knew it was untrue to say his cross-claim formed part of his defence because he had a law degree and had practised law for six years.

“That was a long time ago,” Mr McGowan replied.

A large part of the cross-examination focused on WA’s hard border, which finally came down last Thursday.

Mr Palmer tried to bring down the border much earlier, but his legal battle failed.

Mr McGowan denied repeatedly lying about the health advice he had received in the days before he introduced the hard border.

The court heard there was written advice from chief health officer Andy Robertson that said closing the border would have the effect of slowing the spread of the virus but it “may not reduce the risk significantly further than what had been achieved by measures already in place.”

It was put to Mr McGowan that for him to say the medical advice suggested the hard border was “necessary” was a lie, but he disagreed.

Later asked about an alleged “cheap shot” when Mr McGowan described Mr Palmer as “the biggest loser” — in reference to his physique — during an interview, the Premier said it was an attempt at humour.

It was further suggested that Mr McGowan called Mr Palmer a “jerk” to denigrate him and improve the Premier’s political standing.

But he said it was not for any political advantage, rather a bid to get Mr Palmer to rethink his High Court challenge over the hard border.

Mr McGowan previously vowed to quarantine for seven days after testifying at his defamation trial despite Justice Michael Lee ordering a delay to proceedings, which meant it would happen after the state’s hard border came down.

The hard border was dismantled last Thursday and Mr McGowan flew to NSW a couple of days earlier to spend time with his parents.

“I’ve decided that I’ll still do the quarantine period afterwards – even though I’m not required to – just to remove any argument that somehow this has been manipulated in my favour,” Mr McGowan told reporters last month.

The West Australian newspaper had reported Mr McGowan would wear full personal protective equipment for a national cabinet meeting on Friday while in quarantine after it was not possible to organise a suitable video link.

But Mr McGowan rubbished the suggestion when he faced reporters outside court on Monday.

“I don’t know how the report came about but I never intended on going in full PPE,” he said.

“I always intended on wearing a mask, which is what is required in a public building.”

Mr Palmer previously said during his testimony that his understanding of the law was that it gave Mr McGowan power to kill him with impunity.

“That was my analysis – that the scope was wide open and I acknowledge that murder was an extreme,” he told the court.

Barrister Bret Walker grilled Mr Palmer during cross-examination, suggesting there was nothing in the legislation about authorising murder.

“It was quite a shock when the Bill came through and all these things happened, and there was a great level of fear in what might be happening and what might be going on that we don’t know about,” Mr Palmer responded.

“I reached a view that that’s what I thought it enabled them to do if they wanted to at an extreme level … that was a level of concern.”

Mr Palmer even likened the situation to a James Bond film and Nazi Germany.

“I was a bit frightened what they might to do me or my family … they could really do anything to me,” he said.

“I then thought about James Bond movies … how would you licence someone to kill? I didn’t know what the limits might be.

“I didn’t expect governments ever to produce legislation like that in Australia, so it really told me that you better take these people serious – they could do anything.

“I did think about … what happened in Nazi Germany and how that legislation was framed … I guess I was racing all over the place because I didn’t know a rational explanation for this.”

The trial will resume on Wednesday, with Mr McGowan to continue giving evidence.

The French Alps are falling down